We started with a record-setting 60 cannabis related bills. With a little more than a week left in the legislative session, industrial hemp has been legalized and, after a great hearing, a House-approved medical cannabis bill has passed with unanimous support out of the Senate Health and Human Services (HHS) Committee. Here’s a comprehensive report: 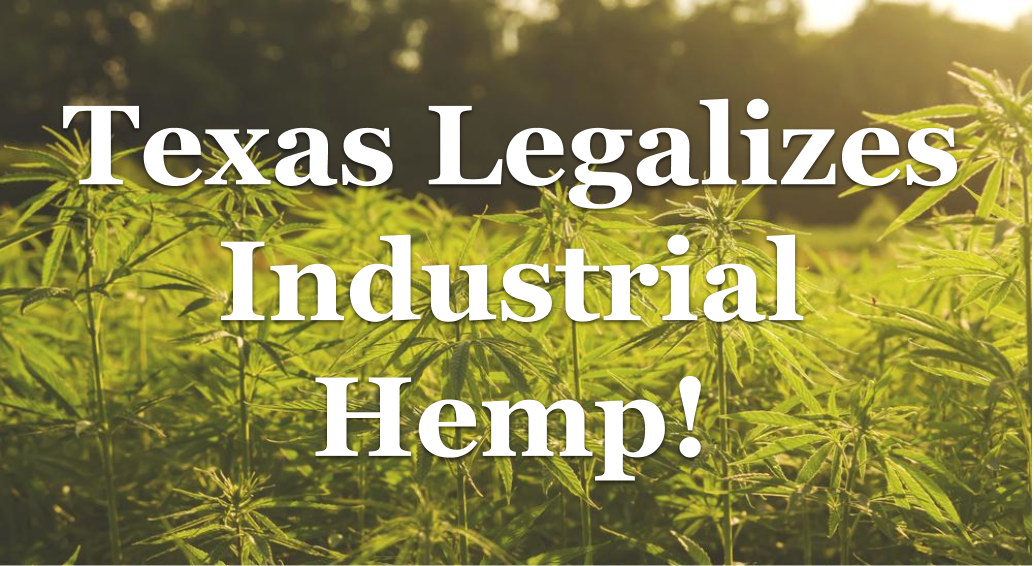 On May 15, HB 1325 (industrial hemp) passed with an unanimous vote in the Texas Senate! The next step is reconciliation between the House and Senate, then the bill goes to Governor Greg Abbott’s desk for a signature.

This bill legalizes in-state cultivation of hemp and regulates retail hemp products. Upon final approval, the Texas Department of Agriculture (TDA) will have 60 days to establish and send rule and regulations to the the US government for approval. As stated by a TDA representative recently, it is expected that cultivation licenses will be granted by the end of 2019 and crops can be planted in early 2020. (For hemp business questions or advice, please contact a consulting firm.)

On Friday, members of the HHS Committee heard powerful public testimony in support of HB 3703, Rep. Klick’s bill to expand access to the Compassionate Use Program. The committee took swift action, passing the bill with unanimous support just hours after the hearing! (Policy Overview.)

Good News: Thanks to the bill sponsor, Sen. Donna Campbell, HB 3703 was amended to include terminal cancer, incurable neurodegenerative diseases (ex: Alzheimer’s, Parkinson’s, Huntington’s, etc.), autism, ALS, all epilepsy disorders, multiple sclerosis, and spasticity. Two other favorable amendments were included: patients no longer need approval from two specialists in order to participate and the bill now includes an attempt to protect doctors by defining a “prescription” for low-THC cannabis as an entry into the Compassionate Use Registry.

These changes are consistent with our recommendations and we are grateful to see them adopted. Great work, everyone!

Bad News: Unfavorable amendments include the stripping of patient protection for students and the removal of all references to in-state cannabis research. It’s also disappointing that this bill maintains the current (and arbitrary) cap on THC at .5% and continues to neglect consumer protection concerns about the lack of independent, third-party testing.

This bill does not do enough, leaving behind the vast majority of patients who could benefit from access to medical cannabis. We still have work to do!

For now, let’s focus on trying to amend this bill on the Senate floor when it’s debated and voted on.

Thank you for your continued efforts as we fight for legal patient access to cannabis!

This message is only visible to admins.

Error: An access token is required to request this resource.
Type: OAuthException
Solution: See here for how to solve this error