Wednesday at the State Capitol veterans gathered at the Vietnam monument to rally for further legalization of medical marijuana.  A recent poll shows support throughout the state, but Legislation appears to face opposition from key Republicans.  Some veterans say that’s resulted in their breaking the law to treat their health conditions. 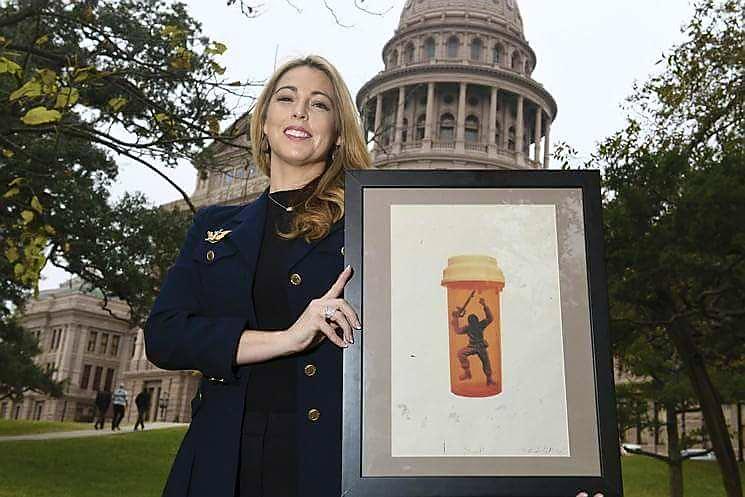 Kate Cochran Morgan of Dallas served her country as a Navy corpsman.  She spent a year in Iraq as a field medic. The 33-year old says whenever she visits the state capitol to advocate for medical marijuana legislation, she always ends the day with some silent-reflection at the Vietnam Memorial .

Morgan’s job in Iraq included checking on armed patrols in the field.  Duties that led to her diagnosis of Anxiety with Attachment Disorder.

“The worst situation, I was involved in was rolling up on a rollover and that was pretty much horrific.  I had two people who had survived it and then I had someone who was dying on me and then also two people who were decapitated.  That will stick with me probably for the rest of her life, but it also taught me to keep moving,” Morgan says.

Morgan admits to using marijuana illegally to treat a psychological condition that showed up after her tour of duty.  Morgan worries prescription medications have side effects and can lead to addiction.

Two years ago the legislature approved a medical marijuana bill that allows doctor to recommend a non-THC cannabis oil to patients with intractable epilepsy.  The cannabis oil won’t get the patients high.  But the program is still being implemented and the cannabis oil isn’t yet available in Texas. 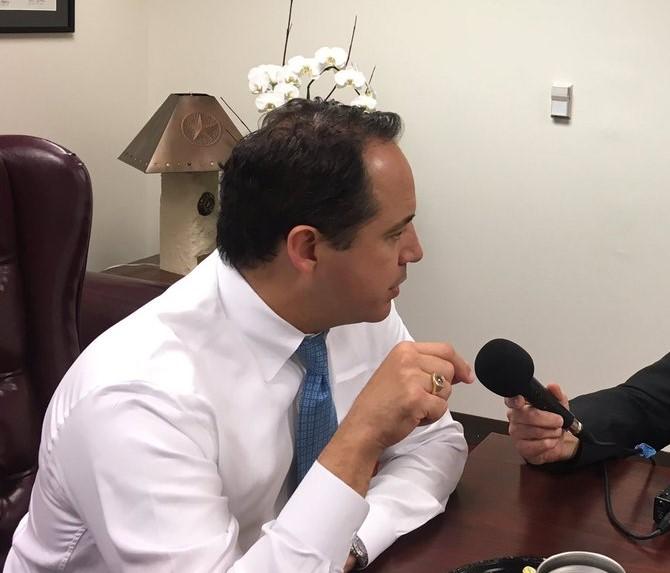 This session state Sen. Jose Menendez, a San Antonio Democrat, has filed a bill that would make medical marijuana available to additional patients.  Menendez is frustrated  because his bill doesn’t appear to be going anywhere.

“If the State of Texas said it was good for them to find relief and a doctor can do that, why, why are we picking diseases and patients.  Why don’t we let the doctors who have been to medical school decide,” Menendez explains.

So what’s the obstacle to expanding the use of medical marijuana in Texas.

The Democratic and Republican parties both support it in their platforms. A recent poll of Texans shows 83-percent of Texans support legalizing marijuana, including medical marijuana.

“You know I don’t think it’s a good policy to go down. As research developed, good research that’s backed by real data and studies, then there might be an opening down the road.  But I don’t see a happening in Texas on a new horizon,” Perry explains.

Perry is among the senators on a committee that’s preventing Menendez’s marijuana bill from moving forward.

But the measure faces even tougher opposition.  The Governor’s office says that Gov. Greg Abbott stands by his 2015 statement, saying that he would not allow the bill to become law.   Lt. Governor Dan Patrick, who controls bills in the Senate refused to comment on the issue but told the Dallas Morning News in 2016 that he is opposed to the expansion of medical marijuana in Texas.  And House Speaker Joe Straus has declined to comment on the issue.

Still, veterans like 61-year old Iraq War veteran David Bass aren’t giving up.  Bass was among the vets gathered at the Capitol. 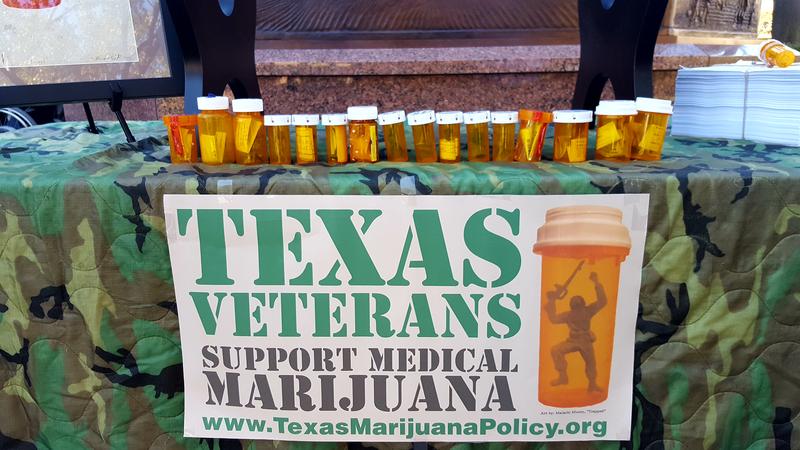 Across the nation, there are 28-states that have legalized marijuana for medicinal purposes.

Bass says over 14-hundred veterans have signed a letter that was delivered to Gov. Abbott.  It says they’re using marijuana to treat psychological or physical conditions related to their military service, and they would like to be doing it legally.