Texas Attorney General Ken Paxton is teaming up with local law enforcement to crack down on synthetic marijuana.

As investigators work to get synthetic drugs off the streets, KHOU 11 sat down with a Cypress family with a powerful warning about their dangers.

“A few steps forward,” Tommy Bryant said, leading his 20-year-old daughter off the couch and toward her wheelchair, as she leaned heavily on his shoulder.

That daily father-daughter dance is just part of the routine for Emily Bauer.

“This isn’t how I would have expected my life to be,” she said.

Everything changed just over three years ago. When she was 16 years old, Bauer had five strokes in reaction to synthetic marijuana. Doctors didn’t think she would survive, let alone talk or walk ever again. 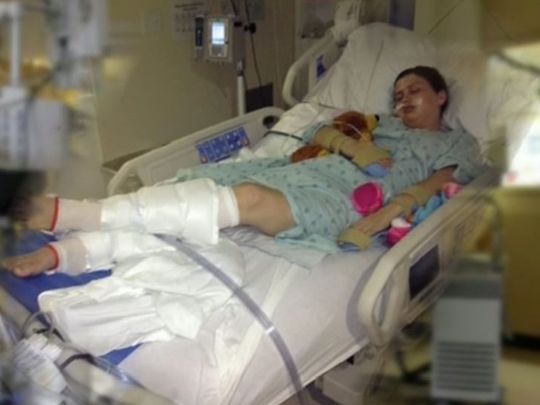 Emily Bauer in the hospital after having five strokes in a reaction to synthetic marijuana. (Photo: Provided)
.

But in rehab on Friday, Bauer took her first steps harnessed onto a treadmill. She’s hoping to walk across the stage for Cy-Fair High School’s graduation this spring.

“I’m making strides in everything,” she said.

But her family has another fight, against the drug that took away so much. At the time, Bauer had bought hers over the counter in a store.

“And to find out that there’s still stores around still doing it, it’s just very frustrating,” said Bryant. 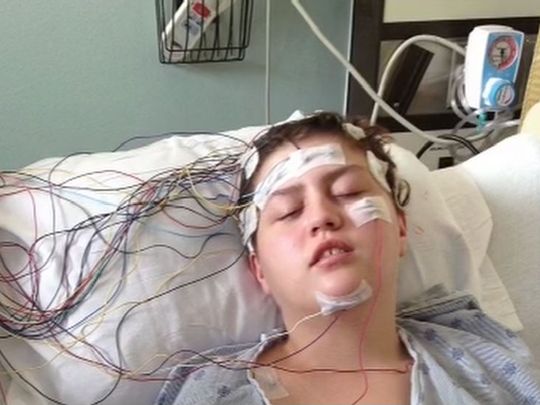 Emily Bauer in the hospital after having five strokes in a reaction to synthetic marijuana. (Photo: Provided)
.

HPD officers seized 77 pounds of synthetic drugs from Fantasy Smoking and Accessories in Montrose. Investigators said the drugs were delivered to the store, where employees packaged them for sale.

At Brothers Market and Meat Mart off 59 and E Crosstimbers, investigators said owners were selling the drug in packages marked “potpourri” or “strawberry,” without listing the dangerous chemicals inside.

“Nobody regulates it, so one batch could be ten times more potent than the last bag you did, or 100 times,” said Bryant.

Synthetic marijuana is now illegal and the Attorney General’s Office is cracking down. But there’s no more powerful warning than from Bauer. She was left nearly blind but can clearly see the damage done. 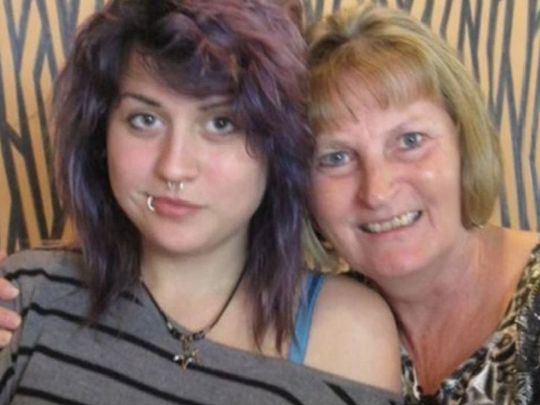